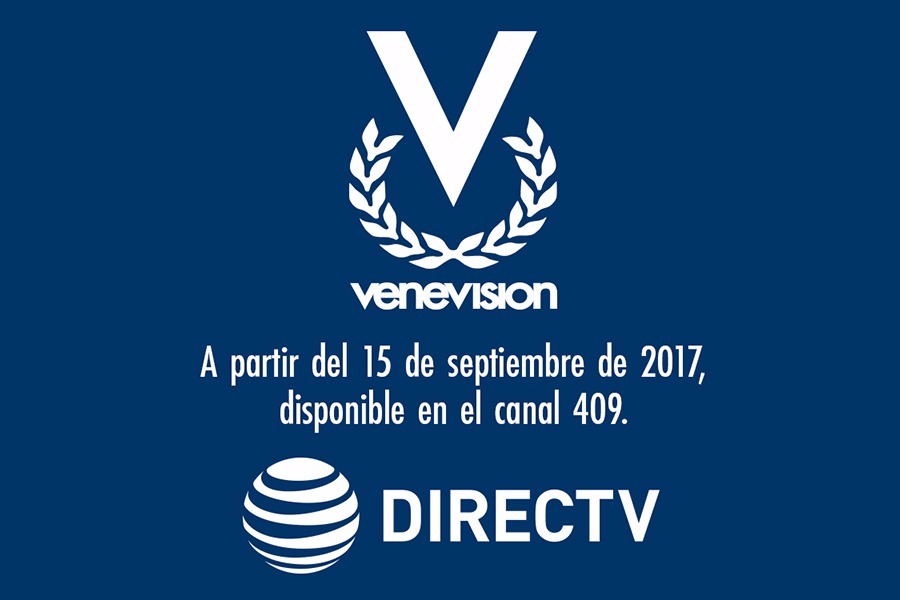 “This is another key milestone for Cisneros Media Distribution in the United States. In less than a year of its introduction to the U.S. market, launching Venevision on DIRECTV will ensure that our high quality and entertaining programming reaches all main US markets, attracting the Latino audience with a variety of shows and successful scripted formats,” said Marcello Coltro, Executive Vice President of Cisneros Media Distribution.

Venevision showcases the best variety of shows from Cisneros Media studios, including live shows like Portadas and Super Sábado Sensacional, and daily recorded shows such as Cartas del Corazón. The network features shows hosted by renowned presenters, such as Dra Nancy Alvarez from the Dominican Republic, Mariela Celis, Mariángel Ruiz and Shirley Varnagy from Venezuela, Roxanna Castellanos from Mexico, Zuleyka Rivera from Puerto Rico, among many others.

“The channel’s content diversity will appeal to a diverse multicultural audience. Cisneros has been defining the Hispanic television trends for over twenty years in the United States with franchises like ‘Quien Tiene La Razon’; ‘Casos de Familia’; in addition to top-rated telenovelas like ‘Eva Luna’ and high-quality series such as ‘Ruta 35’. We are planning to invest and expand Venevision as our main media outlet in the US,” stated Jonathan Blum, President of Cisneros Media.

The network will air the most recent drama genres from telenovelas to series, and will premiere “Entre Tu Amor y Mi Amor” (Separated by Love) - for the first time in the US - in October 2017 followed by innovative formats like the newest serienovela ‘Para Verte Mejor’ – a binge-watching production that merges the TV series’ fast pace and structure with telenovela storytelling.

“With Venevision on DIRECTV, we are connecting our customers throughout the US with entertainment programming they love and that is relevant to their lifestyles,” said Hanny Patel, Vice President, Video Marketing, AT&T.  “We are pleased to make Venevision available to our Hispanic customers.”

Starting September 15, 2017, Venevision will be available on DIRECTV via channel 409.