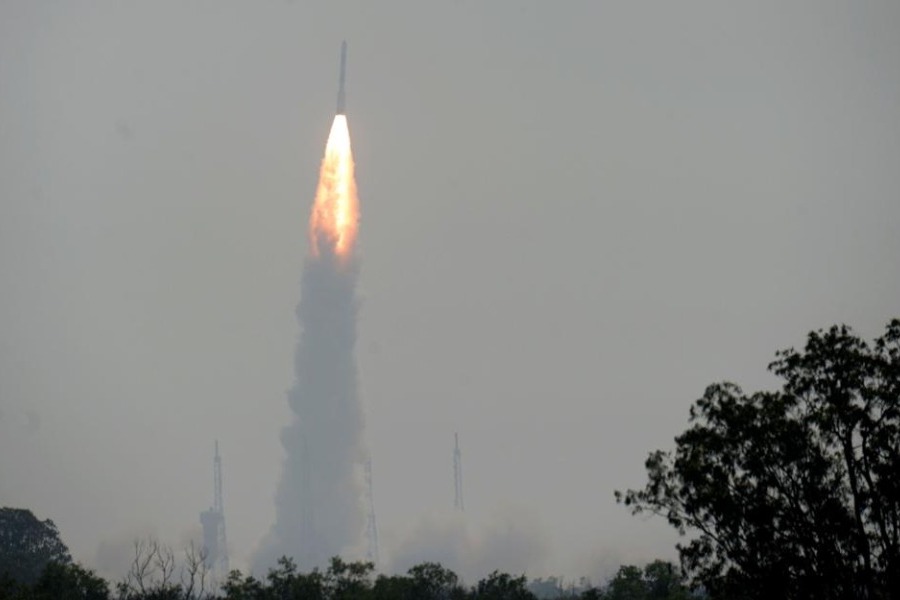 Anyone who’s been on a long hiking trip or had a car break down on a road trip knows that the phone connectivity you take for granted in your daily life can quickly disappear. Despite advances in technology, how far a voice or data signal can travel is still limited to how far away you are from a cellphone tower.

The Midland, Texas-based AST & Science aims to use satellites to overcome those limitations. It’s just raised $110 million in a series B round led by U.K.-based mobile provider Vodafone and Japanese e-tailer Rakuten to launch a mobile broadband network, called SpaceMobile, powered by satellites. These can connect to phones “anywhere on the planet, when you’re flying on an airplane, in a remote location, at sea—anywhere,” says the company’s founder and CEO Abel Avellan.

The company successfully tested its technology last year when it launched a prototype satellite called BlueWalker 1 in April. The satellite was able to successfully deliver signals to phones and demonstrate the company’s abilities. With the new round of capital, which brings its total fundraising to $128 million, it will be able to ramp up production of the hundreds of satellites it plans to put in orbit, using a modular manufacturing approach to keep costs down.

AST is one of several companies that’s aiming to put satellites in low Earth orbit to provide data. SpaceX, OneWeb, Amazon and others are building large mega-constellations to provide broadband internet directly to customers. Their target market is premium customers, taking advantage of the lower lag times provided by satellites to entice users away from broadband internet providers such as Comcast or AT&T.

By contrast, AST is targeting a different market. Rather than try to provide broadband internet services, which requires building out bigger, higher-cost satellites and expensive ground infrastructure, it’s instead partnering with mobile phone providers. For these providers, AST gives their customers the ability to use their existing devices in places that are hard to connect otherwise, such as in the mountains or on a cruise ship. It’s a similar model to existing satellite phone providers like Iridium, except it doesn’t require any proprietary hardware—customers can use the phones they already own.

AST is selling space-based signals wholesale to existing providers, explains Avellan, rather than trying to compete with them. Its constellation will initially provide 4G signals but expects to move to 5G once it has more satellites up and running. That enables its customers to provide services to more customers without the need to build out in prohibitively expensive areas.

This is the AST founder’s second foray into the satellite world, and is another step in his long history in the communications industry. After graduating college in his native Venezuela, he moved to Sweden and joined telecom giant Ericsson as an engineer. A few years later, in 1999, he founded satellite communications company Emerging Markets Communications, which provides high-bandwidth data for video and other communications applications. He sold EMC in 2016 to telecom company Global Eagle in 2016 for $550 million.

Fresh off that sale, he founded AST. His approach reflects his engineering background—he co-invented several of the core technologies the company is using in its satellites. “He’s a very accomplished technologist,” says commercial space analyst Chris Quilty.

Both mobile providers and e-commerce companies are paying attention, which is why companies in those industries, such as Samsung NEXT, American Tower and the aforementioned Rakuten and Vodafone are among those investing. “We believe SpaceMobile is uniquely placed to provide universal mobile coverage, further enhancing our leading network across Europe and Africa—especially in rural areas and during a natural or humanitarian disaster—for customers on their existing smartphones,” Vodafone CEO Nick Read said in a statement.

It’s not going to be an easy task, says Quilty, as the company is pursuing something that’s really never been tried before. But the backing of investors is important, he says. If the company can successfully develop and operate its technology and have the capital at hand to do it, it could potentially reach a very large market.

That’s part of Avellan’s vision. Working with existing mobile networks to extend their reach by lowering the cost of obtaining new customers and providing extra services for premium ones. This has a significant impact for customers able to access the internet when they couldn’t before because it wasn’t economically feasible to reach them.

“We are creating a new market opportunity for existing systems,” Avellan says. “Enabling them to monetize their phones in places where nobody else can.”