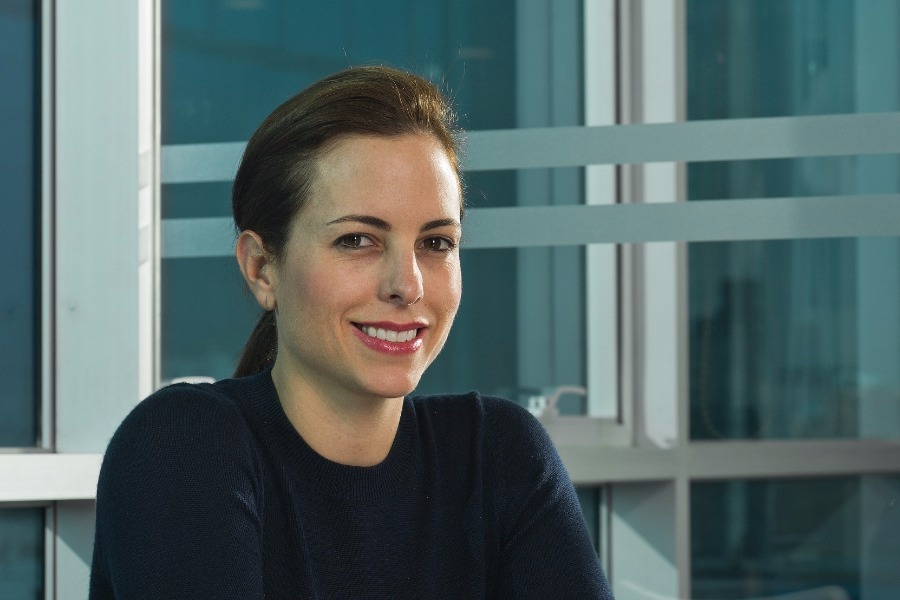 New CEO Quickly Makes Her Mark While Extending a Legacy

Adriana Cisneros was only 34 when she took over as CEO of the Cisneros Group of Companies (CGC), but in many ways she’d already spent decades at the center of the Latin-American television industry, affording her with the experience that is quickly allowing her to transform the family media empire.

“Media seems to be in our family genes at this point,” says Cisneros with a laugh, as she recalls her parents discussing TV over the dinner table, and traveling with her father on business trips.

One of those was a whirlwind tour with her father, CGC chairman Gustavo Cisneros, through the region for the 1996 launch of DirecTV Latin America, the first pan-regional digital satellite company. “During spring break at the age of 14 or 15, I got on a plane with my father and went to eleven cities in nine countries, signing contracts with local partners for the service,” a partnership between Hughes Electronics and CGC.

After studying journalism in college, Cisneros initially thought she would “join the company at the age of 35, not 25.” But she soon realized it was best to start early and after initially focusing on how the company could speed up the pace of innovation, she was named director of strategy in 2009. Over the next four years, she also worked closely with her father, who helped prepare her for the CEO post that she assumed in 2013.

Since joining the company, she has already made an indelible mark. “Adriana also successfully restructured all the group divisions into three” direct reports, says Steven Bandel, cochairman of CGC. “She has a clear vision on where the areas of opportunities lay for the group.”

Some of the biggest changes are evident in the Cisneros Interactive Division, where the company has been dramatically expanding its digital advertising efforts for both the U.S. Hispanic and Latin-American markets. Its RedMas ad network has over 60 million unique users in Latin America and 11 million in the U.S., while its Adsmovil operations is a major player in the mobile ad campaign.

“Adriana had a vision and set the strategy for investing in digital businesses early on, not an easy feat for a traditional TV media company,” says Victor Kong, president of Cisneros Interactive, who adds that her management style has helped “our digital companies grow tenfold from 2012 to 2014.”

Meanwhile, she has also worked to expand the Cisneros Media division, which includes Venevision, the most popular broadcaster in Venezuela; Cisneros Media Distribution, which sells a library of over 30,000 hours of programming around the world; TV production operations that include five studios in Miami and 11 studios in Caracas; and five pay-TV channels, with more in the works.

“Adriana has sealed partnerships with important key players from the industry to take her media business to the next level,” says Jonathan Blum, president of Cisneros Media.

One particular area of focus is the U.S. Hispanic market. Venevision Productions continues to create a number of the most popular programs on Univision but the company is also benefiting from a proliferation of Hispanic channels. “The market has changed dramatically from the time when my father first invested in Univision,” she says. “I feel like we have gone from having a bodega to having an amazing chain of supermarkets that need a lot of product.”

Forging closer ties with English-language networks and studios is also a top priority. “They want to learn from us and understand how they can improve their storytelling to add 55 million more people to their viewership,” she says.

These and other innovations make her a deserved Tartikoff honoree, a distinction she shares this year with her father.

“In some ways, I feel like I’m just getting started and it is too early for me to get this award,” she adds with characteristic modesty. “But I like the fact that my father and I are receiving it together because for my father’s legacy to be complete, it would have to include passing on the businesses to the next generation.”