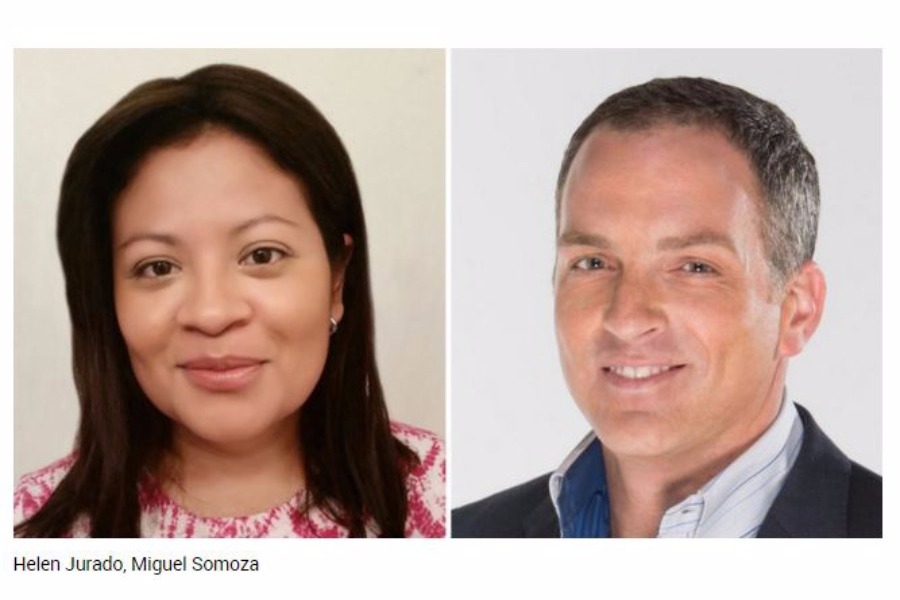 Helen Jurado and Miguel Somoza are given a mandate to expand distribution in North, Central and South America.

Preparing for NATPE next week, Cisneros Media Distribution has promoted Helen Jurado and Miguel Somoza to vp of sales of the company’s programming, most of which is Spanish-language.

According to an announcement Thursday by Marcello Coltro, executive vp of content distribution, Jurado will oversee sales in Central and South America, with a focus on increasing business in Argentina and Brazil.

Somoza will be in charge of sales to North America with a mandate to expand the company’s presence in Mexico while continuing to increase sales in the U.S. and Canada.

Coltro said the promotions were part of a corporate restructuring aimed at the “implementation of new sales strategies, revaluation and enhancement of our vast portfolio products” that range from third-party producers to original programming.

Jonathan Blum, president of Cisneros Media, says they are “committed to create, produce and distribute compelling content that not only shapes our industry, but most importantly, entertains and engages worldwide audience.”

Cisneros Media Distribution (CMD), based in Miami, has a catalogue of over 30,000 hours of programming. It represents Venevision Productions, a broadcaster in Venezuela, and other independent producers.

[Link to the original article.]