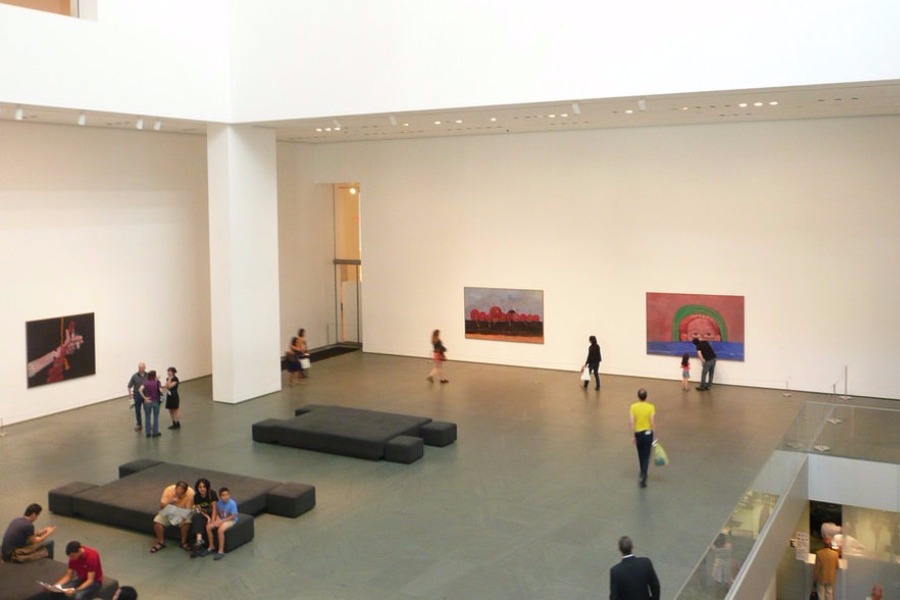 Does This Gift Represent the Next Big Thing in Contemporary Art Philanthropy?

The other day, I stumbled upon a provocative piece in the New York Times titled "Art Museums are Looking for that Next Big Gift." Its thesis won't surprise IP readers. Public museums, lacking the cash to purchase major artwork in the marketplace, pine for that special collector's gift to broaden their offerings and attract new audiences.

The piece came, ironically enough, a couple of weeks after Patricia Phelps de Cisneros and her husband, Gustavo A. Cisneros, announced they would give 102 pieces of Latin American Art and establish a research institute for the study of said art at the Museum of Modern Art (MoMA).

Beyond the serendipitous timing, the development also underscores the unique dynamics that lead to such gifts and highlights the emerging popularity of Latin American art across a curatorial space starving for contemporary work.

As we've repeatedly noted on IP, contemporary art gifts usually have a rich and textured backstory. Back in September, Perez Art Museum Miami received over 400 language-based artworks from the collection of Ruth and Marvin Sackner. The gift was brokered by the Knight Foundation, whose CEO had a close personal relationship with the now-deceased Ruth.

And in August, collectors Francie Bishop Good and David Horvitz promised 100 of their 800 contemporary works to the NSU Art Museum in Fort Lauderdale. Good is an NSU Art Museum board member. Horvitz is the chairman of the board.

Needless to say, the Cisneros' relationship with the MoMA is equally deep. Over the last 16 years, the couple has donated 40 pieces — we're talking Modernist abstraction and contemporary works by artists from Brazil, Venezuela, Argentina and Uruguay — to the MoMA, where Patricia has served on the board since 1992.

Which brings us to this gift's second key takeaway.

As museums scramble to beef up their contemporary art holdings, Cisneros' gift shines a light on the traditionally ignored world of contemporary Latin American art. This lack of awareness clearly factored into Cisneros' decision making. "My big frustration in Latin America is, we've always been on the back burner in many areas, certainly in art," she said. "It was one of the great centers of Modernism in the '50s, yet hasn't been taken into account."

The proposed Patricia Phelps de Cisneros Research Institute for the Study of Art from Latin America will play a critical role in boosting exposure by offering colloquia, fellowships, publications and scholarly conferences.

What's more, Ms. Cisneros's gift came with an important caveat. She allowed the MoMA to pick from her home collection as long as the museum, in addition to displaying the pieces, would regularly loan the works to other institutions.

This is important, as collectors want assurance that their work won't end up in a dusty basement. In fact, this issue of accessibility is a main reason why some collectors start their own galleries from scratch. For example, one of the motivations behind billionaire J. Tomilson Hill's new gallery is the fact that, according to Hill, "we've got so much art in storage."

(Another detriment to public museums is that private galleries like Hill's effectively take work off the market, thereby exacerbating scarcity and further driving up prices.)

I'm going out on a limb, here, to theorize that for the MoMA, the benefit of acquiring Cisneros' work certainly outweighed the drawback of having to occasionally loan it out. I'm also sure that most museums, impatiently waiting for that next big contemporary art gift, would agree to such a deal in a heartbeat.