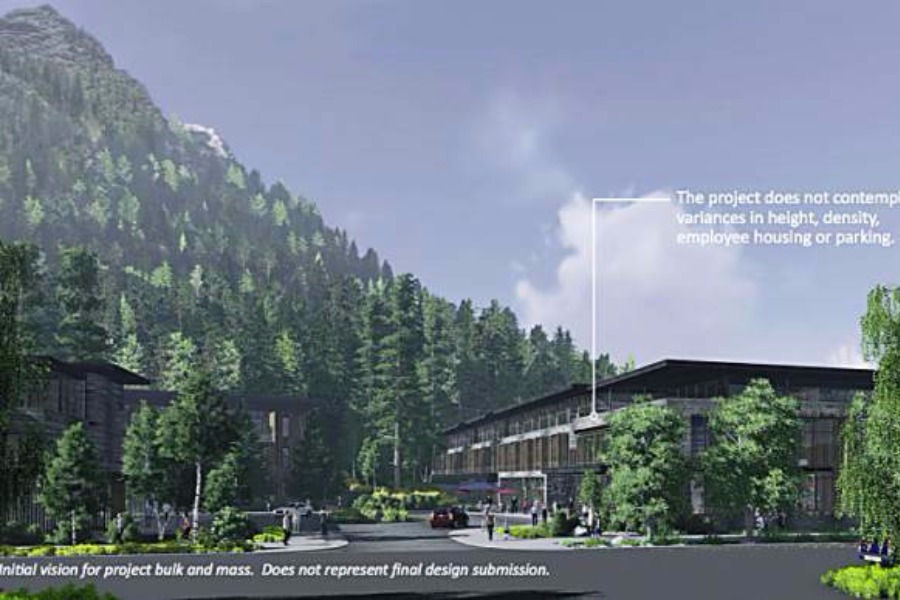 A luxury hotel proposed late last week for property near Aspen’s “S” curves would be partially built on land formerly owned by a legendary local character who dreamed for years of building a cable car-accessible restaurant atop Shadow Mountain.

The project proposal, submitted late Friday, asks the city of Aspen to annex 6.6 acres of Pitkin County land at the base of Shadow Mountain to build a Four Seasons Hotel. The hotel, which would be located at 705 W. Hopkins Ave., would feature 140 rooms, 31 fractional or time-share units and four free-market residences, according to the project proposal.

“We think it would be a good fit (for the city),” said R.J. Gallagher, a local spokesman for the project.

Gallagher said the project is in the very early stages and may change as it makes its way through the development process. He didn’t know how much the project might cost or how long it might take to complete.

The Aspen City Council would first have to decide if it wants to annex the property, then the developer would submit a full land-use application, said Chris Bendon, Aspen’s community development director.

Both the developer, Cisneros Real Estate, and the Four Seasons have good reputations, and the project would address a “big community need” for more lodging, Bendon said. It also would include a “significant” amount of affordable housing, he said.

The project is proposed for an area bounded by the Little Ajax Affordable Housing development on the east, Seventh Street to the west and West Hopkins Avenue on the north. It would be built on three parcels totaling 19.6 acres, though 13 of those acres that run up Shadow Mountain would not be annexed and would remain undeveloped open space, according to the proposal.

The parcel that includes the Shadow Mountain property used to be owned by a colorful Aspen local named Hans Gramiger, who died in November 2005. Gramiger first moved to Aspen in 1956 and bought property on Shadow Mountain in 1961.

In 1973, Gramiger applied to build a 12,000 square-foot restaurant, at the peak of Shadow Mountain, which he wanted to call On The Rocks, according to an Aspen Times story. The restaurant would have stepped down the steep slopes of the mountain and been accessible only by a cable car that Gramiger said would carry 50-to-100 people per trip.

A simple structure he built on the proposed restaurant site as well as cables he strung up the mountain for the cable car remained until just before Gramiger left Aspen for health reasons in the late 1990s.

The Four Seasons plan would enhance “the visual corridor along West Hopkins Avenue,” reconnect Shadow Mountain to the “community fabric of Aspen,” improve the intersection of West Hopkins and Seventh Street and extend the Midland Trail through the property, according to the proposal.

No variances under the city’s development regulations are proposed for the project.

Cisneros Real Estate also is developing a Four Seasons resort in the Dominican Republic called Tropicalia, which is billed as a sustainable luxury resort in harmony with nature, according to Cisernos’ website.

Link to the original article.