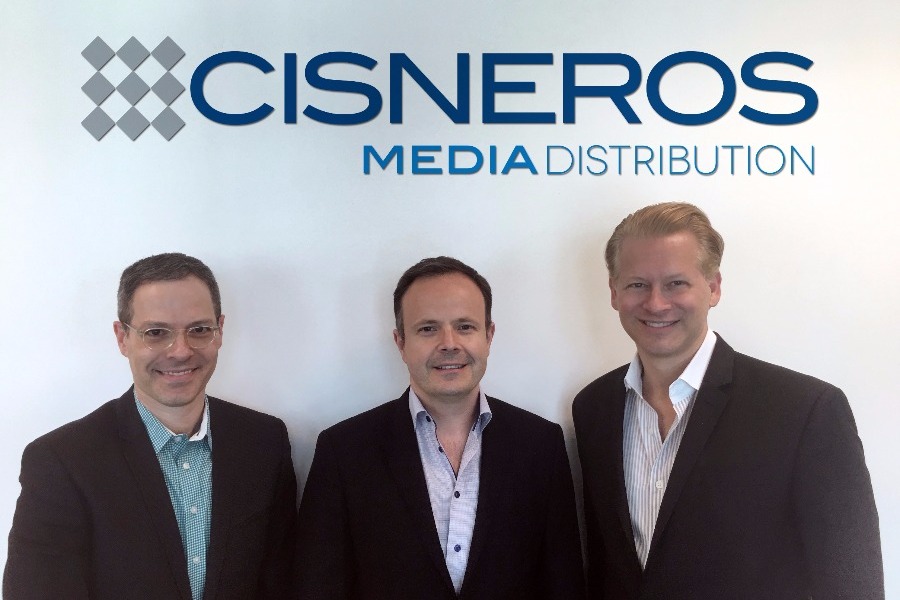 Cisneros Media Distribution (CMD) today announced an international representation deal with Comarex, a leading distributor of television programming, channels, and digital content with more than 30 years in the industry.  Led by its CEO Marcel Vinay, Jr., Comarex will market Cisneros Media Distribution’s vast programming catalogue in all world markets, except Spain and the United States.

With more than 30,000 hours of television programming, Cisneros Media Distribution enlists Comarex to boost the international sales of its catalogue, enabling CMD to continue building on the success of its creative content unit Mobius.Lab Productions, in addition to its Pay-TV properties, Venevision Plus and VePlusTV, its dubbing studios affiliated with The Kitchen; and its programming management services for channels.  Cisneros Media Distribution will continue under the leadership of its Executive Vice President Marcello Coltro, who also heads the commercialization of CMD’s products in the United States.

“Marcello Coltro will define the portfolio’s commercial strategy and work side-by-side with Marcel Vinay and his sales team to ensure the continuity of operations with our international clients and associated production companies,” assured Jonathan Blum, President of Cisneros Media.  “We could not have chosen a more experienced and capable ally in our efforts to exploit our catalogue in international markets, Comarex has a great understanding and high regard for the quality and potential of our productions.”

The respect is mutual, noted Marcel Vinay, Jr.: “All of us at Comarex are excited to be able to offer our clients around the world the great programming contained in Cisneros Media Distribution’s vast catalogue.  We are also honored to have the opportunity to work in conjunction with Jonathan Blum and his team.”

Comarex will be presenting Cisneros Media Distribution’s catalogue at the upcoming international market, NATPE 2017, which will be held from January 17th through the 19th of the coming year at the Fontainebleau Resort and Eden Roc Hotel in Miami Beach, Florida.  Marcel Vinay, Jr., invites clients to visit the Comarex Suite (590), located in the Versailles Tower of the Fontainebleu Resort.